A load cell (or loadcell) is a transducer which converts force into a measurable electrical output. Although there are many varieties of force sensors, strain gauge load cells are the most commonly used type. 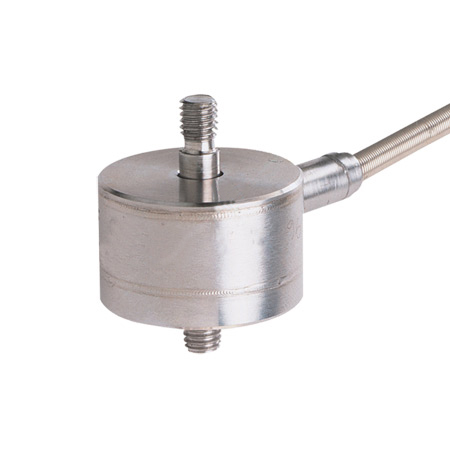 Choosing a type of Load Cell

Origin of the load cell


Before strain gauge based load cells became the method of choice for industrial weighing applications, mechanical lever scales were widely used. Mechanical scales can weigh everything from pills to railroad cars and can do so accurately and reliably if they are properly calibrated and maintained. The method of operation can involve either the use of a weight balancing mechanism or the detection of the force developed by mechanical levers. The earliest, pre-strain gauges load sensors included hydraulic and pneumatic designs.

In 1843, English physicist Sir Charles Wheatstone devised a bridge circuit that could measure electrical resistances. The Wheatstone bridge circuit is ideal for measuring the resistance changes that occur in strain gauges. Although the first bonded resistance wire strain gauge was developed in the 1940s, it was not until modern electronics caught up that the new technology became technically and economically feasible. Since that time, however, strain gauges have proliferated both as mechanical scale components and in stand-alone load cells.

Today, except for certain laboratories where precision mechanical balances are still used, strain gauge load cells dominate the weighing industry. Pneumatic load cells are sometimes used where intrinsic safety and hygiene are desired, and hydraulic load cells are considered in remote locations, as they do not require a power supply. Strain gauge load cells offer accuracies from within 0.03% to 0.25% full scale and are suitable for almost all industrial applications.

In applications not requiring great accuracy, such as in bulk material handling and truck weighing mechanical platform scales are still widely used. However, even in these applications, the forces transmitted by mechanical levers often are detected by load cells because of their inherent compatibility with digital, computer-based instrumentation.

How does a load cell work?

Load cell designs can be distinguished according to the type of output signal generated (pneumatic, hydraulic, electric) or according to the way they detect weight (bending, shear, compression, tension, etc.) 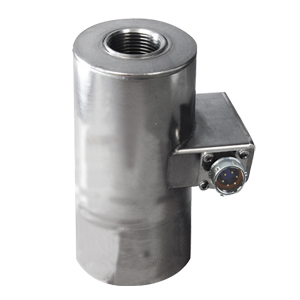 Hydraulic cells are force -balance devices, measuring weight as a change in pressure of the internal filling fluid. In a rolling diaphragm type hydraulic load cell, a load or force acting on a loading head is transferred to a piston that in turn compresses a filling fluid confined within an elastomeric diaphragm chamber.

As force increases, the pressure of the hydraulic fluid rises. This pressure can be locally indicated or transmitted for remote indication or control. Output is linear and relatively unaffected by the amount of the filling fluid or by its temperature.

If the load cells have been properly installed and calibrated, accuracy can be within 0.25% full scale or better, acceptable for most process weighing applications. Because this sensor has no electric components, it is ideal for use in hazardous areas.

Typical hydraulic load cell applications include tank, bin, and hopper weighing. For maximum accuracy, the weight of the tank should be obtained by locating one load cell at each point of support and summing their outputs.

Pneumatic load cells also operate on the force-balance principle. These devices use multiple dampener chambers to provide higher accuracy than can a hydraulic device. In some designs, the first dampener chamber is used as a tare weight chamber.

Pneumatic load cells are often used to measure relatively small weights in industries where cleanliness and safety are of prime concern.

The advantages of this type of load cell include their being inherently explosion proof and insensitive to temperature variations. Additionally, they contain no fluids that might contaminate the process if the diaphragm ruptures. Disadvantages include relatively slow speed of response and the need for clean, dry, regulated air or nitrogen. 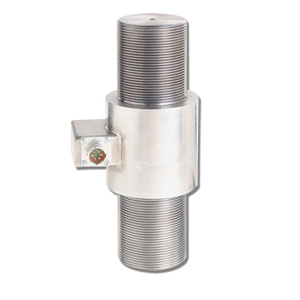 Strain gauge force sensors convert the load acting on them into electrical signals. The gauges themselves are bonded onto a beam or structural member that deforms when weight is applied. In most cases, four strain gauges are used to obtain maximum sensitivity and temperature compensation.

Two of the gauges are usually in tension, and two in compression, and are wired with compensation adjustments as shown in the Figure . When weight is applied, the strain changes the electrical resistance of the gauges in proportion to the load. Other load cells are fading into obscurity, as strain gauge load cells continue to increase their accuracy and lower their unit costs.

Similar in operation to strain gauges, piezoresistive load sensors generate a high level output signal, making them ideal for simple weighing systems because they can be connected directly to a readout meter. The availability of low cost linear amplifiers has diminished this advantage, however. An added drawback of piezoresistive devices is their nonlinear output.

Both of these devices respond to the weight-proportional displacement of a ferromagnetic core. One changes the inductance of a solenoid coil due to the movement of its iron core; the other changes the reluctance of a very small air gap. 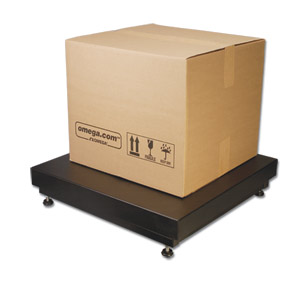 The operation of this force sensor is based on the change in permeability of ferromagnetic materials under applied stress. It is built from a stack of laminations forming a load-bearing column around a set of primary and secondary transformer windings. When a load is applied, the stresses cause distortions in the flux pattern, generating an output signal proportional to the applied load. This is a rugged sensor and continues to be used for force and weight measurement in rolling mills and strip mills.

Load cells represented the first major design change in weighing technology. In today's processing plants, electronic load cells are preferred in most applications, although mechanical lever scales are still used if the operation is manual and the operating and maintenance personnel prefer their simplicity.

In this page you find a weighing system design with load cells.

Choose the right type of load cell for your application

Compression button Load Cells
A compression load cells will often have an integral button design. They are ideal for mounting where space is restricted. They offer excellent long term stability.

Compression/Tension Load Cells
Compression/tension load cells can be used for applications where the load may go from tension to compression and vice versa. They are ideal for space restricted environments. Threaded ends facilitate easy installation.

S-Beam Load Cells
A S-Beam load cell get its name from its S shape. S-Beam load cells can provide an output if under tension or compression. Applications include tank level, hoppers and truck scales. They provide superior side load rejection.

Canister Load Cells
Canister load cells are used for single and multi-weighing applications. Many feature an all stainless steel design and are hermetically sealed for washdown and wet areas.


To learn more about the types of load cells, please refer to this white paper.